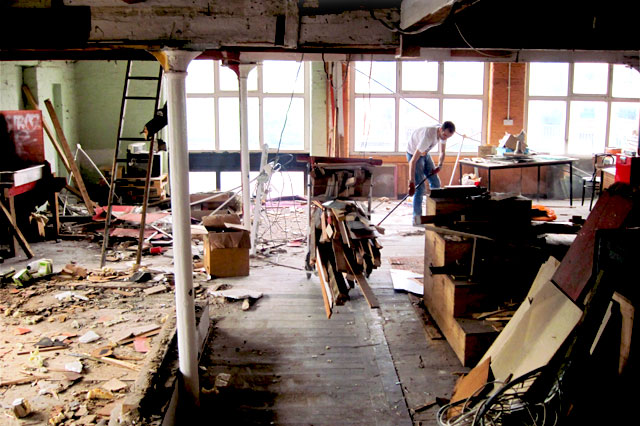 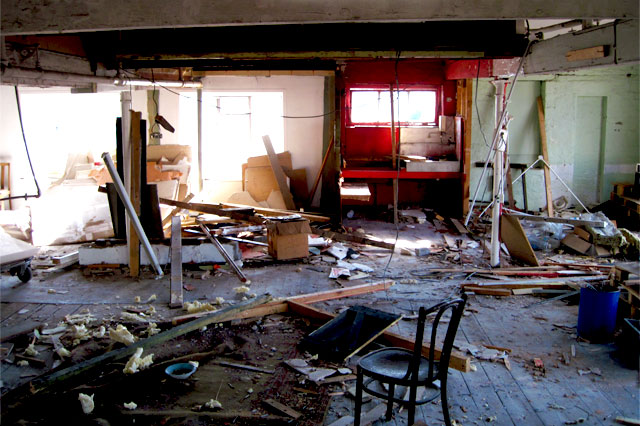 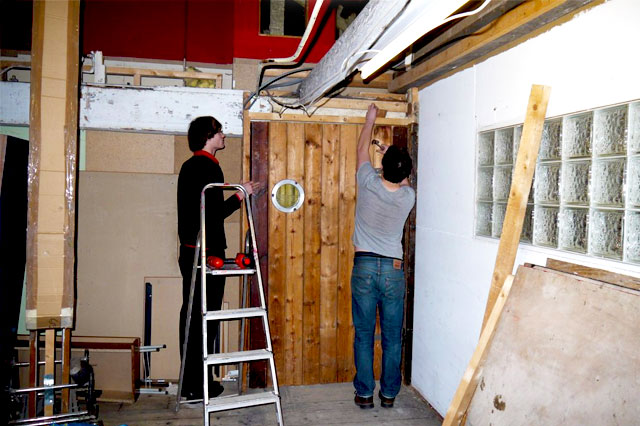 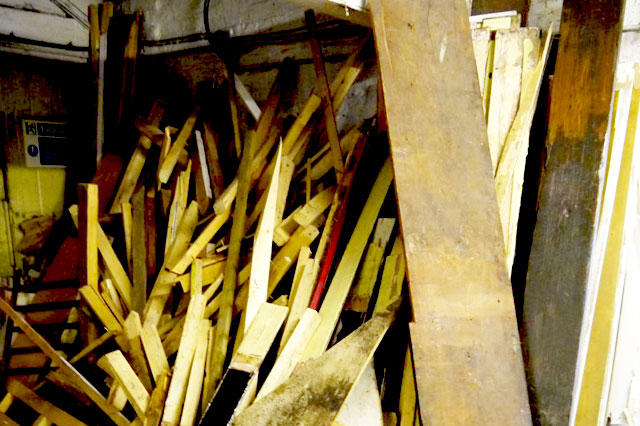 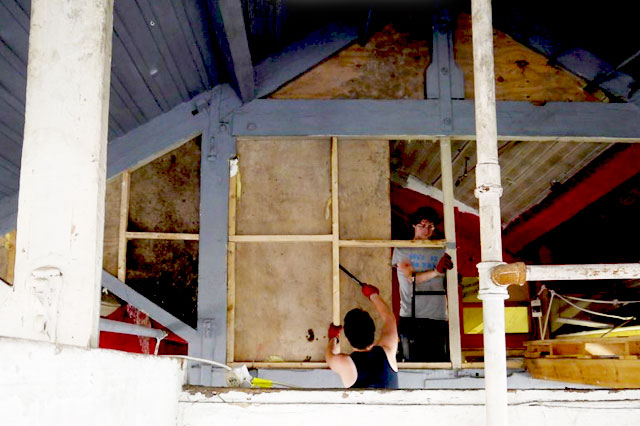 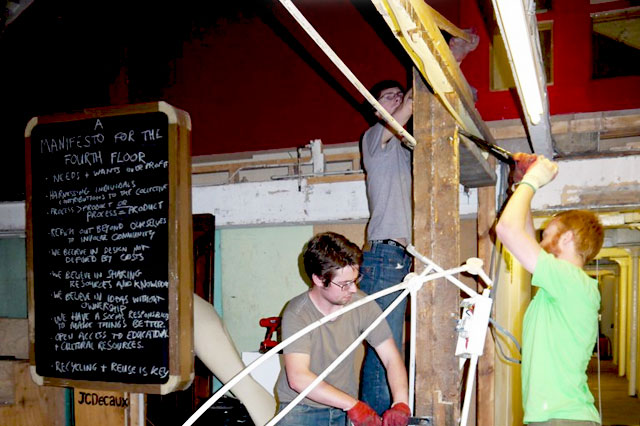 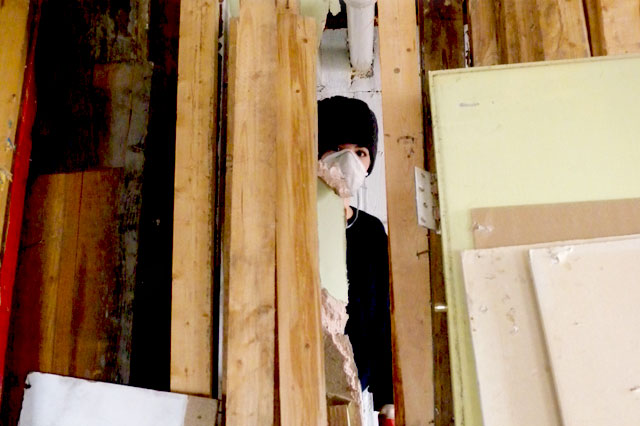 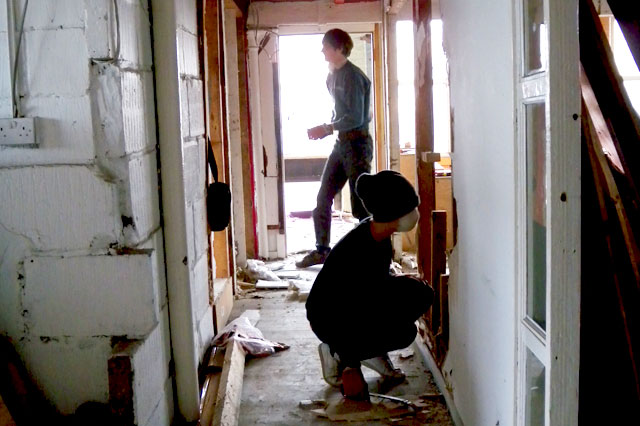 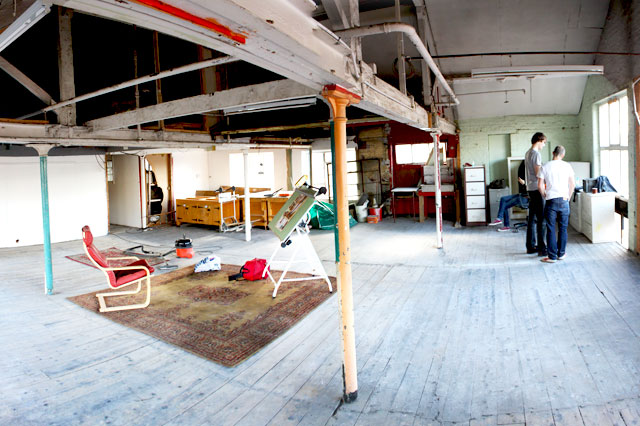 The Manchester Municipal Design Corporation were invited by Ultimate Holding Company in late 2009 to renovate part of the Fourth Floor of Hotspur House, remove a labyrinth of partition walls and make the space useable again. After 1000s of people-hours, we ended up hosting our MA show there, as well as talks, Film Night and other activity. Textbook Studio were recruited in early 2011 to continue the fine knocking stuff down work of MMDC.